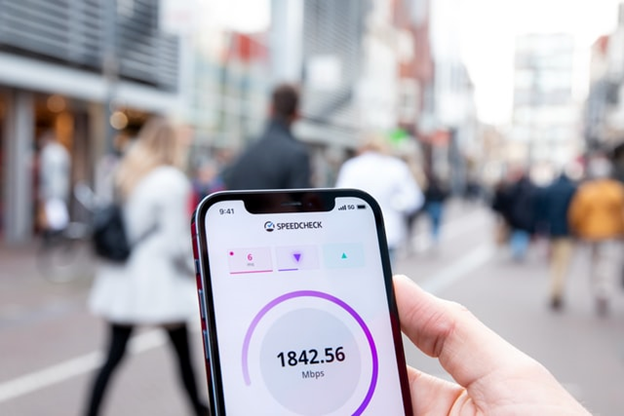 Over the years, the evolution of the internet and rapid technological innovations have made portable devices such as smartphones, laptops, tablets and wireless connectivity extensively common.

In today’s high-tech age, wireless connectivity has become a necessity for everyone no matter where they live or how old they are.

Everyone around the globe heavily relies on wireless connections to perform personal as well as business activities and use it to send and receive information or data, communicate, seek entertainment, stay updated on the latest news and happenings and much more to survive and enrich their lives. That is why the expected number of WLAN-connected devices will shoot up to 22.2 billion by 2021.

While 4G LTE mobile networks keep us connected on the go, Wi-Fi networks give us access to a full, wall-to-wall wireless connectivity within bricked venues, but that’s not all. Just like all technologies get better with time, the evolution of 4G LTE to 5G is on its way to lead us into a new phase of wireless innovations that will offer lag-free connectivity for all devices with blazing-fast speeds and a lot more.

Lo and Behold! As 5G, the fifth generation of wireless technologies is finally coming to revamp the digital cellular networks and flip the world upside down with its high potential speeds, unsurpassed connectivity, and capabilities.

5G has already begun to blanket coverage in a handful of cities in the US with its state-of-the-art cellular technology, revamping the cellular as well as wireless broadband options that are currently available for all the tech-savvies. Xfinity is one of the few service providers who are making it possible.

Through small but tremendous steps such as bringing improvements to their network infrastructure, constructing more cell sites and launching ultra-modern devices, Xfinity internet is working day and night to make 5G happen. Since 2019 to this day, it has successfully brought 5G to up to 100 markets across the US and has earmarked to carry out a gradual rollout over the upcoming months and years.

Will Wi-Fi lose Its Importance in the Future?

From efficiently solving city-wide connection issues via a grid of interconnected base stations, supporting more devices and offering next-level, buffer-less high bandwidths free of any downtime or latency, the next-generation 5G is expected to bring massive changes to the world of technology in the coming years. However, this change is not as simple as it sounds.

Despite painting a vivid picture of a technologically advanced future, the growing momentum of 5G technology and its massive hype is spreading confusion as one may ask: Is 5G poised to over-throw Wi-Fi in the future or not? What does the future hold for the widespread WLAN networks around us?

Firstly, the sole reason behind the sturdy market position of Wi-Fi is it is a substantial part in all households and public areas as well as the majority of internet-driven devices. Wi-Fi nowadays is as crucial as electricity for humans as it gives a reliable and super-fast connection from brick-to-brick without connectivity patches in almost all urban and rural areas.

In the US as well as globally, a massive number of users heavily depend on Wi-Fi or 4G LTE to stay connected to the world by all means and abruptly switching to 5G network may cause functionality issues in devices.

Secondly, for people who carry out online financial transactions and exchange crucial data, Wi-Fi is much secure than public cellular networks as many reliable connections such as the Xfinity internet comes paired with top-notch security suites to keep cyber-troubles at bay.

But how can Wi-Fi survive the tough competition against 5G? The answer: Wi-Fi 6.

The next level of wireless broadband connectivity i.e. Wi-Fi 6 is paving its way to the markets since 2019 to give a more powerful network that will offer faster-than-light speeds that are four times speedier than the current pace and can support a greater number of devices simultaneously without any latency… isn’t that almost similar to 5G?

While the 5G and Wi-Fi 6 are two different technologies, both are expected to co-exist in the coming future as Wi-Fi 6 will continue to serve households, businesses, and public and private institutions exactly the way the conventional WLAN has been doing.

On the other hand, 5G is an advanced form of 4G LTE and aims to support widespread mobile connectivity across the urban and rural areas. While the 5G is still in progressing state, it is most likely to expand in the future with the aid of additional spectrum bands like sub-6 GHz to offer next-level seamless connectivity.

With Wi-Fi is capable of getting successful as a LAN technology and 5G being WAN, this basic difference between the two is what makes these two technologies complement each other rather than one replacing the other in the coming years.

In the future, many IT experts believe that Wi-Fi will accompany 5G in its usage and the two technologies are expected to merge to make a unified radio network to provide smooth connectivity to public and private institutions such as schools, office, and businesses, etc. Imagine all Wi-Fi and mobile devices connected to one single radio network. Fascinating, isn’t it?

With a greater number of connected devices on the cellular and wireless networks, the demand for bandwidths with high speeds and low postponement is sky-rocketing with passing time. 5G efficiently acts as a shared resource and is great at connecting multiple devices at the same time, each enjoying a fragment of the primary bandwidth.

On the other hand, Wi-Fi’s next-generation supports mesh networking infrastructure that comprises of a series of nodes that are directly and dynamically connected, turning the network into a chain of wirelessly connected routers that effectively offers higher speeds, consistently at relatively fewer costs.

Even though many 4G LTE network providers are present in cities, many users still prefer to use wireless services offered by local ISPs and that gives us no reason to believe that the human race will dispose of Wi-Fi in the future as new technologies are born.

5G and Wi-Fi 6 will form a powerful collaboration to give birth to a network that’ll allow the ever-growing human race with numerous devices to stay connected all day, every day via a blazing-fast, a lag-free and robust connection that’s going to be extremely reliable.

Five Things to Consider When Choosing the Right Attorney